Ladies and Gentlemen this has been a long time coming. KublaKhan got his several days before me and so far I think that makes us the only 2 in the clan.. err fleet to have done so. Its taken a lot of idiotic planning and speculation before we finally realized we should probably listen to the Pro's. 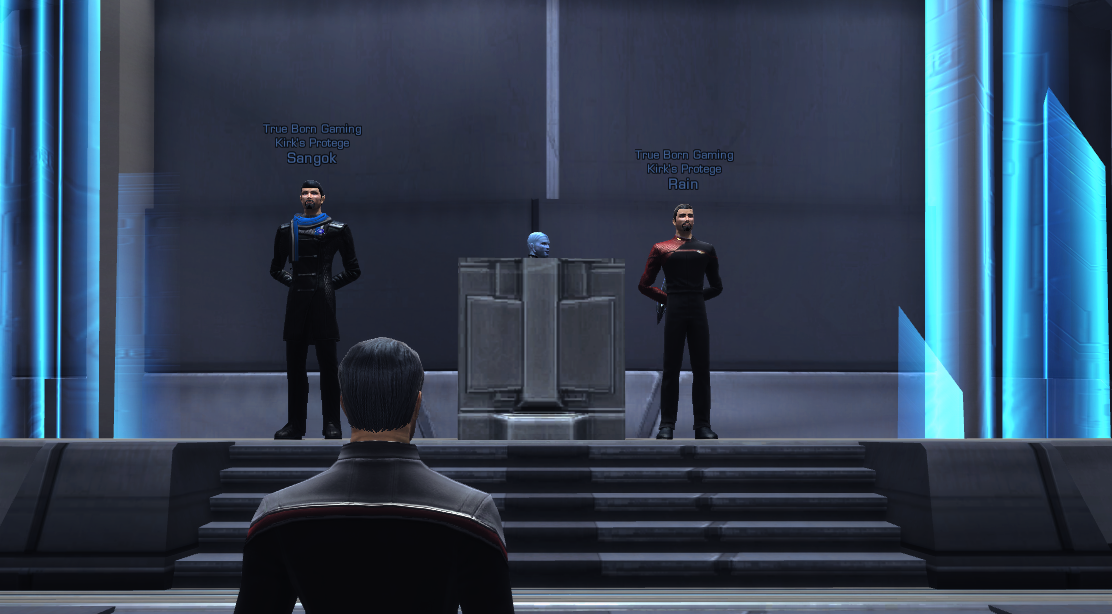 For those not familiar, you might know the Star Trek movie reference. It first appeared in Star Trek II and later in the 2009 Star Trek. The Kobayashi Maru test is to teach a captain that there is such thing as a no win scenario. But Kirk Cheated. He was given a commendation for original thinking.

In Star Trek Online the test is to protect a civilian transport against 10 waves of enemies ever increasing in difficulty and of a random race. Bioneural Warheads up the ante armed with shield stripping anti proton weapons, enough explosives to rip a ship apart and enough radiation to kill all your crew. Beating wave 8 gets you "Outstanding Teammate", Wave 9 "Original Thinker" and wave 10 "Kirk's Protege".

Don't forget to watch full screen 1080P:
I put music on the video to make it better for you who might watch but still be bored. Graphics are on very low settings because some races ability spam causes made frame rate drops. Because of this you can't see my cannon fire but you can see the 360 arrays I have.

For these past few runs I pulled out a ship that has been rotting in my shipyard. Its a 29th century (game is in the 25th) Mirror Universe Time Ship. Counterpart to my usual Wells Class Temporal Science Vessel, the Mobius Temporal Destroyer is more about blowing shit up than preserving time. 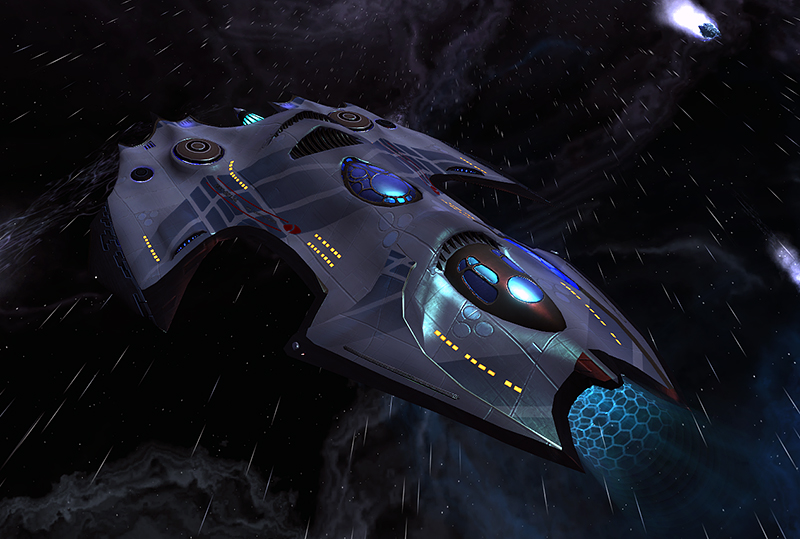