So, Like most of you I've played my fair share of WoW. Due to growing up and just the shit direction I felt the game was going, I've played maybe a handful of times since the launch of the WoD expansion. I had no interest in purchasing the newest expansion Legion, either, but I've been watching a lot of videos/reviews on it and it really did look and seem promising. So, I pulled the trigger and bought it. I have to seriously admit, It's hella fun! I encourage anyone that's on the fence or been waiting for something fun to come back to WoW this is it. I'm just really enjoying the changes to the classes and questing right now and I fucking hate questing, but it's actually fun.

I actually own it but i just cant bring my self to quest or level because i hate the grind so much. And with the new legendary quest.... just more grindy, ugh. My GF plays it and tells me about it, she has fun with it but she likes questing. it does sound better than wod and cata but wow is just so grindy... I thought i was gonna jump in on it a bit latter but yea i just cant bring my self to do it.

The legendary isn't that bad. You basically get it from the get go, as you do shit from leveling, questing and dungeons, you get artifacts to upgrade it as you go. I hate grinding shit myself, I prefer to just jump right into it and do end game stuff, but everything is so smooth and fun it takes the grind out. I have about 10 hours in over the past week and I'm @ level 105/110, without much effort.

10 hours? and lvl 100 wtf? I cancelled my shit before legion dropped. Just got into the same monotonous shenanigans of elitists who take shit waaaaaay to seriously.

I was already 100, you get a character boost when you purchase legion.

Chocolate_Ch3rry said:
I was already 100, you get a character boost when you purchase legion.
Click to expand...
BGs and running dungeon ques will have you bags of xp in no time.
I

I bought it but haven't played. But that seems to be my story.... not playing

I am sure that you will start back to play one of these days @Iguanidon !

Well I boosted a mage on Area-52, horde. if anyone is/or starts playing let me know. 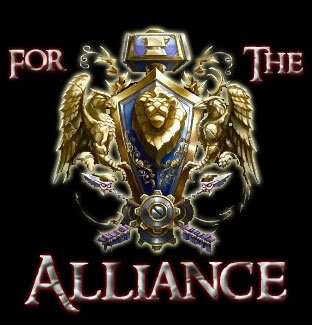 Been thinking about it, just not sure I want to take on an extra bill. Would have to dust off the old druid

ShiningN said:
Been thinking about it, just not sure I want to take on an extra bill. Would have to dust off the old druid
Click to expand...
Besides the initial cost of the expansion, WoW does give the the ability to buy game time with gold now.

I did a month and loved it but past that month... while i wNt to do more... i cant justify it with the little amount of time i can put towards it when i want to play bf1 and overwatch.

Yea, but that game token price just keeps rising. You would have to put some serious time into the game to be able to get it.

Iguanidon said:
I bought it but haven't played. But that seems to be my story.... not playing
Click to expand...
at least givesthe opportunity to get some shenanigans ssquared away. I'm not playing either. I rented on redbox just to fluff myself, but trying to fly, tank, or ground pound with the thumbsticks of a console controller AND trying to spot with R1, AND shoot with R2(along with controlling recoil).......fuck themshits. I am too old, nor do I have to time to build that muscle memory for an FPS....those guys are stupid, it is far more simplified with a mouse and a fuckton of hotkeys as opposed to a linear button setup >.<