Menu
Log in
Register
Navigation
Install the app
More options
Contact us
Close Menu
Facebook Twitter youtube Discord Steam
You are using an out of date browser. It may not display this or other websites correctly.
You should upgrade or use an alternative browser.

Status
Not open for further replies.

Your STEAM ID (If applicable) (DID NOT ANSWER QUESTION)

What game or games would you like to represent TBG? bf4 2142

What TBG server(s) do you primarily play on? Metro

Where are you located? Roseville CA

What is your Occupation/School? Nurse

Are you consistently able to support TBG financially? Yes

What made you apply to us? you guys have the best servers, good mods

Do you have or know what Discord voice chat is? Yes

Will you be active and dedicated to TBG? Yes

Will you help populate/seed your favorite TBG server(s)? Yes

Can you fluently understand the English language? Yes

Any additional comments you would like to add? (DID NOT ANSWER QUESTION)
M

Thanks for applying. Please check your PM.

What's up with your stats? They're completely different from battlelog on both BF4DB and BF4 cheat report. How are your stats showing a spm of 16000+?

Firstly, your little gifs are extremely distracting, by the way, and I made numerous typing errors because they were in my peripheral vision the whole time.

Second, I looked at battlelog and the SPM there is 16402 which is were I believe Bf4db is picking up that data. I think that battlelog's data is sketch and I think that there is were the problem is coming from. I have no explanation for that number and I have never seen a number that large nor do I think that it is even possible. I used to be an admin for a server and when I would research players, a SPM of 1500 would be insane.

Truthfully, I'm not that good a player. I'm usually 1.5 to 2 deaths per kill honestly because I am constantly attacking in-game with a law and a shotgun. My goal during play is to get to A or C on the bf4 metro map. I rarely now play any other map. I just love the grind of getting to the other side and flanking the other team and setting up a good rape because they aren't paying attention. I've run up the middle from B to C or A so many times that I often wonder what the other team is even doing. I have spent hundreds of hours locating as many glitches about the metro map so I can use that to hide.

I'm horrible at aiming. Truly a pray and spray player. I just don't have much skill. I guess too much ADHD and not enough dedication to camping. Though occasionally, I do camp and then I have gotten a fair number of kills in a round. I even broke 100 kills a handful of times in all the years I have played if I remember correctly.

I think that the data is sketch as I said. I have no explanation for it. If you think that I am hacking, well, that would be kinda funny to me, because you can ask pretty much anyone that I played with about my opinion about hackers and cheats. I'd rather have a k/d in a round of 10/40 than cheat. Hell, I've gone 10/70 in a round, but I would rather keep sucking at the game then cheat. Yeah, if I take my time and don't rush in, I can do fairly well even very good, but I don't do that often because it is boring as hell to me.

Lastly, I went to 24/7 fairplay and looked there. The stats don't match. Again, I think that battlelog is fucked and bf4db pulls their stats from there. The 24/7 ones apparently haven't been affected. Here they are but go look yourself. 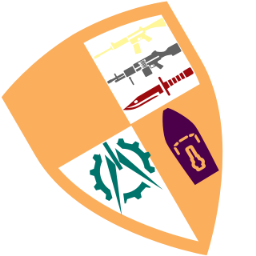 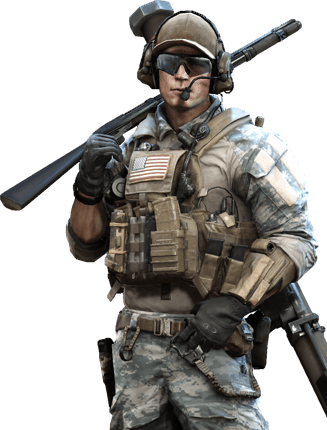 And something wierder I found. I'm posting it. Battlelog is fucked.... look at my details page and STATS there.

We will assess this. Please be patient.

Status
Not open for further replies.